A strange compilation of 12 tracks – 6+6. The first six by Orifice certainly could be described as harsh noise, abstract electronics. The next six by Acid Discharge uses more cut up and processed samples, field recordings and found sound, which could be considered as noise but also as ‚experimental‘ or even Industrial….. A strange mix made stranger by the accompanying booklet which has old black and white photographs of run down urban scenes with captions in what I suppose is German and Japanese. From which I would suspect ‚Im Winter ’66 furen mama und papa…‘ is a clue to the date of these. Add to that the hippy trippy lettering and a background frame around the photos of colourful, red & yellow, images of the Mandelbrot set, the cover, which could be a ships pothole and the strangeness is complete. At which point strangely for me I find there is little more that can be said. (Jliat)“

Become part of the strangeness! 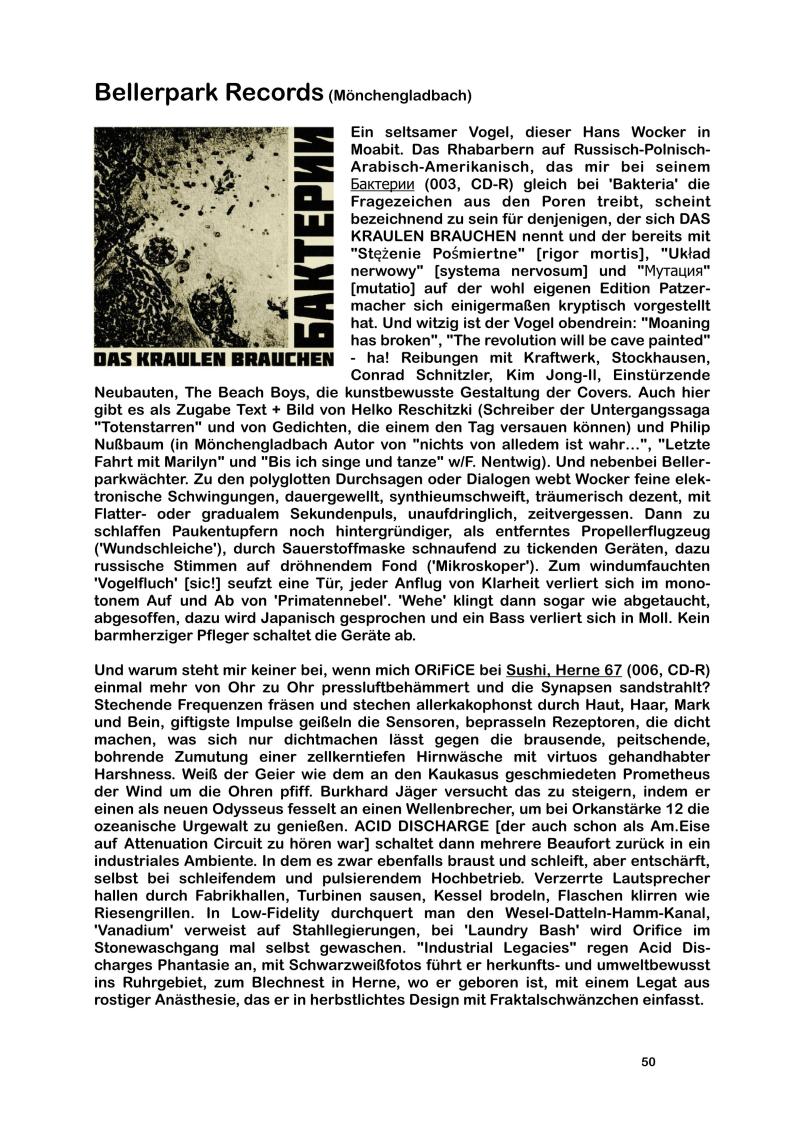 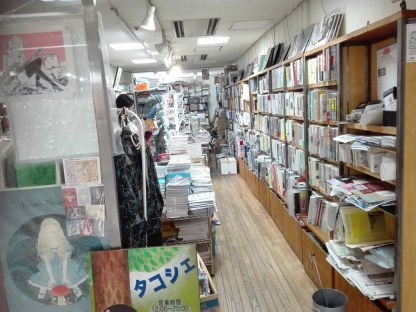